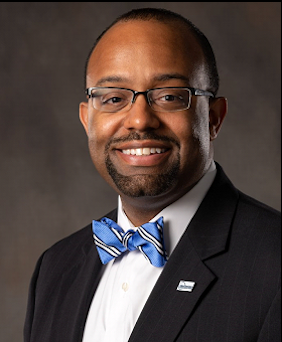 Know about me Casey M. Roberts

Casey M. Roberts is the Executive Director of New Horizons Regional Education Centers, the largest of the nine regional centers in the state of Virginia in both size and scope of service. Named to the position in June 2018, he is the fifth person to serve as the senior leader of the organization which was founded in 1965. He brings more than thirteen years of public education experience, eight of which were in increasing roles of leadership and administration at the high school, district, and regional levels.

Prior to his current role, Roberts served as the Principal of Smithfield High School with Isle of Wight County Schools. Under his leadership, he facilitated the brokering of a $3 million donation from Smithfield Foods that directly supported the creation of new facilities that would accommodate and promote the growth of innovative Career and Technical Education programming in welding, culinary arts, nursing, engineering & design, JROTC, and manufacturing.

As a native of Hampton, Roberts earned his bachelor’s degree in history with a minor in leadership studies from Virginia Tech and is a graduate of the Virginia Tech Corps of Cadets. He earned a master’s degree in curriculum and instruction from Regent University and also holds an education specialist degree in educational leadership and administration from The George Washington University (GWU). He is currently completing his doctorate in educational administration and policy studies at GWU.